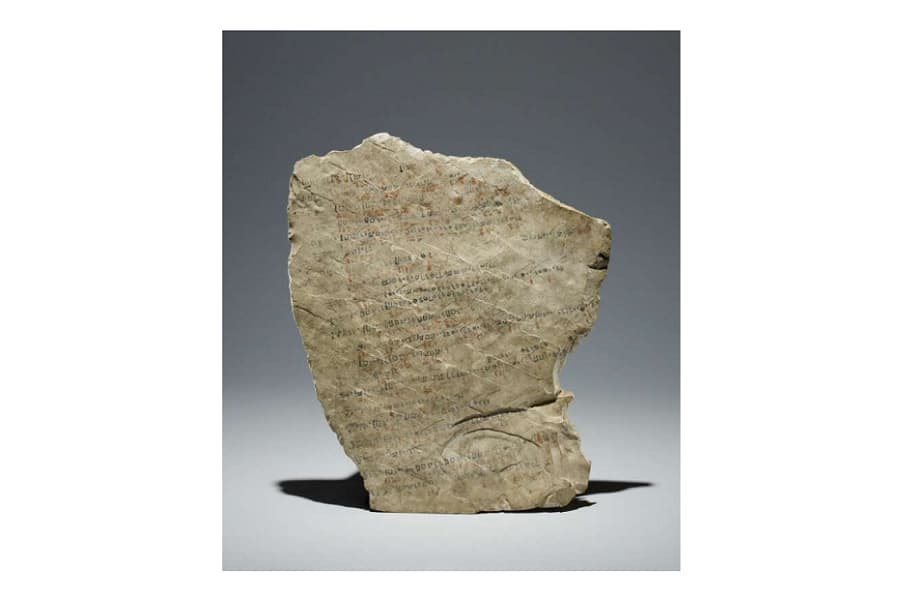 It appears that calling in ill is a longer-standing custom than we thought! You just can’t make it some days, whether it’s a scorpion sting or you’re busy brewing beer.

It turns out that Ancient Egyptians kept track of their employee attendance on stone tablet-based registers.

The British Museum has revealed a tablet dated from 1250 BCE that provides a fascinating glimpse into Egyptian life.

The 40 employees named are given a star every day they were absent, which might be due to illness or family responsibilities.

The tablet (called an ostracon), is crafted out of limestone and inscribed in red and black in New Egyptian hieratic letters.

Like a modern attendance system, the tablet takes note of the day of work “Month 4 of Winter, day 24,” for example, and describes if workers were either working or not.

If not, it goes on to describe why not.

and more morbidly, taking time off to embalm and wrap their relatives who had passed away.

According to the British Museum description:

The ostracon offers a register of attendance at work. Labelled ‘Year 40’ of Ramses II, it provides a workmen’s register for 280 days of the year.

There are twenty-four lines of New Egyptian hieratic on the front and twenty-one lines on the back.

A list of forty names is arranged in columns on the right edge of each side, followed to the left by dates written in black in a horizontal line. Above most dates is a word or phrase in red, indicating the reason why this individual was absent from work on that date.

If you’re looking for a simpler way to take attendance. Put down that chisel and take a look at Employee Attendance Cloud!